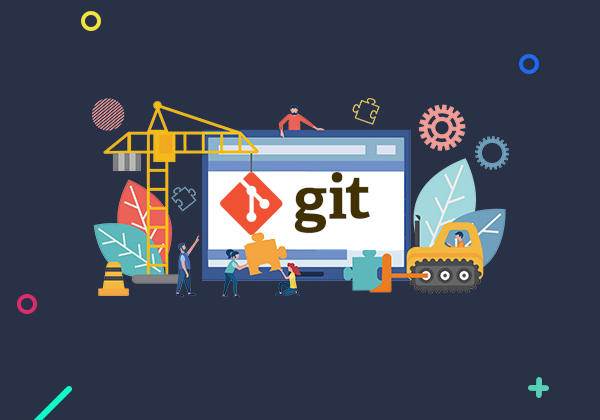 If you've been around software developers for more than about 30 minutes you've probably heard about Git. Git is a distributed version control system that's pretty much the defacto standard at this point.

Git is called a distributed version control system because each developer working on a Git codebase has a local copy that includes the full history of all changes.

On a small team, or even on single person projects, it might initially seem easier to skip using a version control system altogether as the code is evolving for the better with each change.

There are a couple very important considerations that should change your mind.

I could probably go on but, these points can't be argued with. Except maybe to decide which one should have been listed first!

When you use Git for your software development project, you store your code in a repository. The repository maintains a full running history of every file ever added to your project and each incremental change that was committed.

The repository will likely be hosted at a Git provider, such as GitHub, Bitbucket, GitLab etc. The repository, and your code will be stored on a server at your provider and a local copy of the repository, aka 'repo', will live on your own computer. The server repository is called the remote.

When you make changes to your local files, you can compare those files back to what they were before you made your changes. Once you're done editing, you commit those changes to the local repo with a comment. The comment should provide clues to your future self (and others) as to the nature of the changes.

When working with other developers on code that lives in Git, it's good practice to commit early and commit often.

Your teammates can see what you've comitted by doing a 'pull'. That means they are pulling changes from the repository on the server into the local repository on their computer. From there, they can see your code changes and make additional edits.

If you consider that a repo is the path that your code takes as it evolves over time, a branch is when your code takes a slightly different path for a period of time. Often branches exist for only a short while after which they can be merged back into the main trunk (or path).

There's no practical limit to the number of branches you can have, but keeping them straight in your head can be difficult if there are too many or they aren't well named.

After installing the Git client, you'll want to set your name and email address that you would like to attached to each commit so that your work is properly attributed.

After setting up your name and email, you can confirm them with the following:

These are just some of the git commands I use on a near daily basis. I generally prefer to use the command-line over tools that try to do it all for me as it gives me more control and I get better feedback about the process.

The examples listed above are basic commands and there's a laundry list of options for each one. If you're learning Git on your own or in a team, I'd suggest you create a playground where you're able to try out these commands and see how they behave in real situations. Once you're comfortable with the basics, go ahead and start exploring the options for each of the different commands.