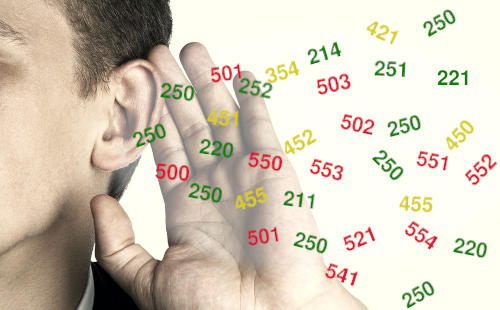 I'll cut straight to the chase with this article. You should never ignore the response codes from your SMTP server.

We're so used to dealing with HTTP and RESTful webservices and everyone who's been around a while knows the difference between a 2xx series response from your webserver and 404 response. Why should SMTP be any different? Sure there's a different set of condes to become familiar with but that shouldn't excuse us from listening to what's arguabley the most important part of the conversation!

SMTP Server responses have format somewhat similar to HTTP responses: three digits, a space (or dash), followed by some free-format text. In the case of error messages, this is often intended for users to read; otherwise it's just noise. If there is a dash after the third digit instead of a space, further lines of response follow; otherwise, it's the last line.

The only truly important thing about the response is the first digit, like so:

The second digit, represents the subject of the response. It could indicate a syntax problem, connection issues or similar. The third digit, provides additional detail about the request status.

The following is an example SMTP conversation between your email client and the SMTP server.

You'll notice that, unlike an HTTP request, there are multiple server response codes coming back. That's because it is a conversation and it has to follow the expected pattern.

When the conversation is completed, you should see a 250 or a 221 response code from the server. If you didn't get that, it's worth a second look to see what did happen and if the message was sent successfully.

What can we do with this information?

If you've ever looked for example code to send email with SMTP, you've probably seen a code block like this:

It lays out variables for input values in detail so that you can get an email message out the door. What these examples are all missing however, is any indication of success or failure. The details of what to do when something goes sideways will vary wildly based on your requirements but ignoring the possibility seems like a collossal miss.

Depending on the programming language and the libraries you're using to send email, the parameters and syntax will be different, but the gist remains the same.

So, given that we can only confirm successful sending of an email, we should be sure to do that. With the PHP mail() function, as per our example, that looks something like:

You'll notice that we didn't have to specifically watch for the 250 or 221 response codes in our PHP code, that's because the mail() function handles it for us. If we'd implemented the SMTP protocol ourselves, we would have needed to carefully parse the server responses for success and failure codes.

We see this request from consulting clients quite a bit, where someone wants to know that an email is delivered, but it's really quite impossible. You can add tracking pixels to each message, but those too aren't guaranteed to be correct. If a person is reading your email as text-only, the tracking pixel has been filtered out by the recieving server policy or blocked at the mail client by disabling remote content, you're not going to know if they received your email at all.

If you need to know the details about why a message failed to send, you need to see the SMTP response codes. For a permanent error, resending a bad message is only going to hurt your sender reputation. Resending a message due to a temporary error code is fine and may result in only a slight delay getting your message in front of users. Depending on the type of messages being sent and the value that you ascribe to successful delivery of messages, it may mean choosing a different library to handle server communication or even implementing the protocol yourself.